Born in in 1953, Guy Detot first studied woodwork at the prestigious Ecole Boule. Although, do not ask him for any diploma or certificate. “On est pas serieux quand on a 17 ans” “one is not serious when one is 17” says the French poet and Guy is a perfect illustration. 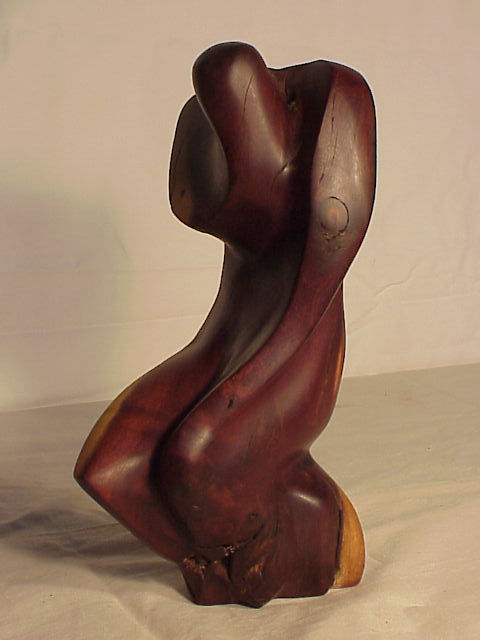 If asked, he would tell you how sunny was the day of his exam, how warm the water, how charming the girls and how inaccurate a piece of paper compared with a lovely summer day in .

While studying woodwork, Guy also studied ballet and soon he was offered a scholarship to study dance with the Folkwangschule. In 1973, the young father of little Frédérique, left for . He joined companies as prestigious as Pina Bausch, Koln Danz forum and Ballet Rambert, with which he toured all over the word.

In 1990, the couple decided for a complete change of career. They set up a Clydesdale farm, moved to Penola, and enjoyed a country life style with their two children Lily and Remy.

During all his dancing years Guy never traveled without his wood tools. When he discovered the amazing qualities of local Red Gum, he naturally resumed sculpting. 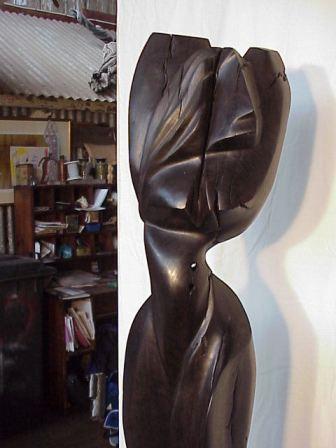 Guy still lives in Penola and it seems he would not live anywhere else. He now owns his own . Many more prizes and awards have punctuated his new career: the government of owns one of his 10000 yo red gum sculpture and a similar one has been acquired by the director of The French  National Plastic Arts Center. French and Australian wineries have extremely supportive of his work…Maybe because Guy is always ready to make deals that include good wines. His backyard is filled with unusual pieces of Red Gum.

Red Gum, red wine, good friends and a petanque club, this is definitely the place for a French born Australian sculptor.

Do you need to know all of this to appreciate his sculptures? Probably not, but it definitely makes sense. Guy uses his knowledge of bodies to enhance the beauty of the wood. He uses the quality of the wood to enhance the expressions of his bodies. Both his male and female figures are very sensual and yes, you can touch them. Actually, you will find out it is very difficult not to.

Some pieces are deeper and darker and it is not only because Guy sometimes uses a    10, 000 year old red gum which has turned black. However, even when Guy creates a sculpture reflecting feelings of sorrows and desperation such as “No way out?” ,there is still a little space for hope, even if the space is as little as a question mark.

There is a French tradition Guy practices very well. It is called joie de vivre.